The Unfolding Story of Immigration in the U.S. 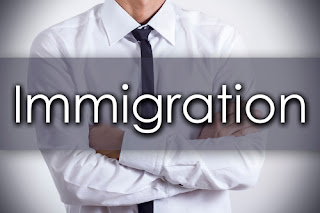 {3:00 minutes to read} What is going to happen with regard to immigration when the new administration takes office on January 20th? The simple answer is, we don’t know.


Many immigrants in the United States, including some who have green cards, are experiencing a feeling of angst and fear. This is particularly true with undocumented Hispanics and many Muslims, including those in legal status in the US. The level of fear and concern is the highest I've ever seen. In many respects, it's worse than immediately after 9/11 when Muslims living in this country, legally and illegally, were terrified of what was going to happen.


This atmosphere of angst and fear is not just affecting the Muslim population but is also causing concern with the Hispanic population, including hispanics who've been living in this country for 10-15 years. Moms who were brought into this country as children are concerned that they're going to be deported and separated from their husbands and their children.


The uncertainty is fostering a sense that the United States is not welcoming to immigrants, with the result that even legal immigrants and the businesses that employ them may take their business and their money elsewhere. Immigrants from all over the world fill positions in the United States, not just from obvious places like China, Pakistan, etc., but Indonesia and India.


Even people living here legally are feeling the pressure. There are racial and ethnic attacks on synagogues and other houses of worship. As I said, the level of fear and concern in this country is very high right now.
Business Immigration
I’m waiting to see what happens with business immigration. Will there be a noticeable decline once Trump comes into office? My point is that he is creating a sense that America no longer welcomes immigrants. This doesn’t just affect kids in Guatemala but affects international companies and corporations, including American companies, because they have key people that they want to bring to the United States from abroad.
If people get a sense that America is no longer welcoming to immigrants, these key people will no longer want to come here, which will definitely have an adverse effect on everything. Much of the IT industry in this country was built by immigrants, particularly Indian and Chinese. If they are going to get a better deal in Germany, where they are more welcoming to immigrants than the US, then that is where some of the top people in the world are going to go.

Posted by Mitchell Zwaik at 11:28 AM No comments: 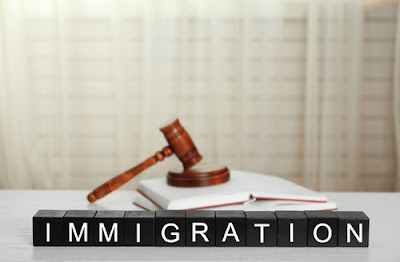 Posted by Mitchell Zwaik at 12:22 PM No comments: