Will the Actions of the President be Counterproductive to His Goals? 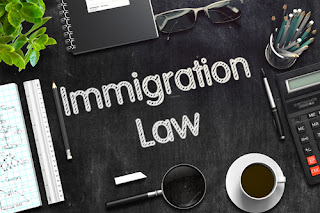 {4:00 minutes to read} Within a few days of his inauguration, the new President threw more than sixty years of US immigration policy into the shredder. He began with a war of words with Mexico and ended with a Muslim ban he later claimed was neither a ban nor directed at Muslims. This offensive is not only counterproductive in terms of cooperation with other countries in the general sense of the word, but it may very well become counterproductive in terms of his immigration policies. It sent a signal to the rest of the world that the US no longer welcomes immigrants.
The confrontation with Mexico was destructive on its face. We rely on Mexico to take back people that we deport. What happens if Mexico decides that they're going to abrogate treaties (much like President Trump has threatened to do) and just stop taking back deported Mexican citizens? For years, Cubans who committed crimes in the United States could not be deported to Cuba because Cuba refused to take them back. What if Mexico won't take back their citizens who commit crimes or even non-immigrants who have overstayed their visas? The US can't just start dropping them over Mexico like CARE packages.
If Mexico or other Central and South American countries refuse to accept deportees, we can't keep people locked up forever. The United States Supreme Court says that is unconstitutional, so you wind up deporting less people, which means we have more immigrants, not less.
And now we have an Executive Order that, for 90 days, bars people from seven predominantly Muslim countries from entering the United States: Iran, Iraq, Libya, Somalia, Sudan, Syria, and Yemen. It also bans ALL refugees for 120 days and bans Syrian refugees indefinitely. The administration says other countries can be added to the list as well[1]
What will all this accomplish? Will it make America safer? That seems unlikely. None of the people who committed terrorist attacks in the US are from those 7 countries, and the fact that the ban is entirely limited to Muslim majority countries will certainly be regarded as an insult by Muslims around the world. How likely will they be to cooperate with us in the war on terrorism if we signal our disdain for Muslims?
And the wall with Mexico? Few people who have studied the issue think it will do much to halt the flow of undocumented people who come into the United States illegally. A physical wall will cost $15-$40 billion and accomplish little. It’s an expensive project, much of which would be built over water, which we would then have to maintain and patrol.
The current situation is horrible, and not just on a human level but on a very practical level as well; not just on a policy level, but in terms of accomplishing his goals. International terrorism and the flow of undocumented people across our borders are real problems that need real solutions, but what Trump is setting in motion is only going to inflame the situation.
Can the President accomplish what he wants to accomplish? So far, the outlook is not promising.
________________________________________________________________
[1]Since we created this article there have been some developments. Last week, the 9th Circuit Court of Appeals suspended President Trump’s key immigration executive order. The issue will ultimately be decided by the Supreme Court at some point in the future.
Mitchell C. Zwaik
Zwaik, Gilbert & Associates, P.C.
5014 Express Drive South
Ronkonkoma, NY  11779
www.zwaik.com
Posted by Mitchell Zwaik at 12:38 PM