Are You in One of Immigration’s Targeted Groups? 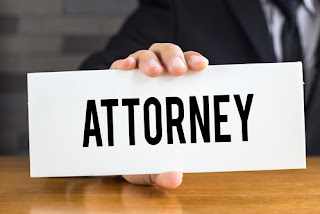 {4:54 minutes to read} Among the many “hot topics” surrounding immigration these days, one is about people being rounded up and detained. There is an old cliché: When everybody's a priority, nobody's a priority. There are a lot of people who are priorities, but within that priority system, there are certain people in particular who are being targeted by immigration and need to be careful.


People with a Criminal Record
Anybody who has any kind of a criminal record is a target. The Administration talks about deporting drug dealers, gang members, rapists and child molesters, but the people they are picking up are people who have relatively minor offenses, such as DUIs or driving without a license.
People with Deportation Orders
People who have deportation orders are being picked up. Sometimes, these people don't even know they have deportation orders, they get stopped at some point in time and handed a piece of paper, which some can't even read. They are supposed to show up for court, but they don't. Ten years later, they get stopped by immigration.


One of the biggest problems with people who have deportation orders is that it is often impossible to get legal representation to them in time, meaning people who have existing deportation orders can be very quickly removed from the United States. In most cases, they do not have an opportunity to see a judge or speak to an attorney.
People Accused of Fraud or Misrepresentation
The government says they are going to target people who have any kind of fraud or misrepresentation to any government agency. This would include people who have used false green cards, who have gotten their driver’s licenses and Social Security numbers improperly, and perhaps, even people who applied for jobs when they shouldn't be working, making misrepresentations on I-9 forms or using different types of fraudulent documentation in order to get the jobs.
We have numerous reports of immigrants who are just traveling being stopped. People are being picked up outside their homes. They go to work or they take their kids to school in the morning, and they get stopped by immigration and detained.
If you are in any of these groups, you need to be very careful. Speak to an attorney to find out how to protect yourselves in the event you get picked by immigration.
If you are picked up, first and foremost, do not say anything to an immigration officer without first speaking to an attorney. You should have legal representation before you sign anything, say anything or agree to anything.
A lot of people are intimidated when they see an immigration officer, but there is no reason to be. Obviously, if you are stopped, you should have some form of identification, but if questioned about your immigration status, your answer should be, "Speak to my attorney." And you should have an attorney, a business card or a G-28, which is the immigration form that designates an attorney.
What If They Are Undocumented?
Many people don't understand that just because they are undocumented or illegal, doesn't mean they don't have any legal rights. There are legal options, Asylum-type applications and similar forms of relief available to them.
Some people have real opportunities to obtain residency or some kind of legal status in the United States, so they should get copies of all of their documents and go see an attorney.
Emergency Legal Services
We offer emergency legal services 24/7, so people who retain us to help them know that they can contact us at any time. We have an emergency line set up in English, another in Spanish, and another in Urdu. If someone gets picked up, a friend or relative should have our business card and call us, so we can have somebody there as soon as possible.
Mitchell C. Zwaik
Zwaik, Gilbert & Associates, P.C.
5014 Express Drive South
Ronkonkoma, NY  11779
www.zwaik.com
Posted by Mitchell Zwaik at 2:32 PM