Bar or Ban: The Impact Could Be Devastating 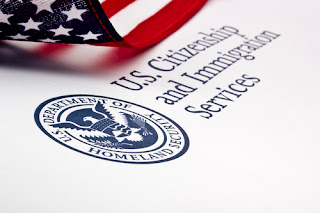 Note: Since we created this article there have been numerous developments. Last week, President Trump issued his “reworked” Executive Order effective March 16. This order is substantially the same as the first one. Its legality is being challenged by a number of states.

{4:30 minutes to read} Although there is currently a nationwide stay in effect that blocks President Trump's Executive Order of Friday, January 27, the administration is said to be considering a reworking of the legislation that would allow individuals from the seven “banned countries” to enter the US if they had visas that were issued before the ban went into effect. The ban would impose a 90-day bar to non-immigrants from seven designated predominantly Muslim countries, including Iran, Iraq, Syria, Somalia, Sudan, Libya, and Yemen. It also bans all refugees from anywhere in the world for 120 days, so you essentially have two bans or bars.
What we've come to learn since President Trump issued this Executive Order is that the ban does affect people who have certain types of temporary visas and who would normally be allowed to travel home and re-enter the United States; for example, students who are at the end of the semester and want to go home for the holidays or semester break.
Initially, there was some question as to whether it affected people traveling on green cards. The Department of Homeland Security (DHS) has since clarified that it does not affect people on green cards. For example, if you're an Iranian citizen who's a permanent resident of the United States, it apparently does not apply to you if you leave the United States and attempt to re-enter on your green card. Apparently.
The problem, of course, is that there is no way of knowing how and when Trump is going to affect these changes. For example, we have many clients from Pakistan. They are terrified. They have no way of knowing, if they leave the United States, whether he's going to change the rules while they're out of the country and make it difficult to impossible for them to come back.
When you can change the rules with the flip of a coin or with a tweet, there are no rules.
Refugees
The second ban bars all refugees, many of whom have spent years in refugee camps, from entering the United States for 120 days.
Refugees are people seeking asylum from outside the United States. Their applications are generally processed through certain types of governmental organizations like United Nations sanctioned organizations. The ban does not affect people seeking asylum in the United States, but we are hearing that the DHS is in the process of tightening regulations to some extent, even for people in the United States.
Asylum
At the present time, under an Obama order, people applying for asylum in the United States who were children get special preferences in terms of time. They go to the top of the list; however, we understand that is no longer going to be true. The administration has issued new directives to officers who are reviewing the asylum cases of people recently stopped from entering the US. The law requires these individuals to demonstrate a “credible fear” of returning to their native country. The administration is moving to significantly tighten the criteria for demonstrating a “credible fear” that is likely to result in many more applicants being turned away.
H-1B Visa
As my last blog explained, the President wants to change the regulations relating to H-1B visas, which may discourage technology professionals from coming to the US. If your goal is to stop US employers from exporting jobs abroad, and then you make it impossible for them to hire the professionals they need, where are we going?


There's no rhyme or reason to any of this. It's just crazy.