Is the H-1B in Danger From the Trump Administration? 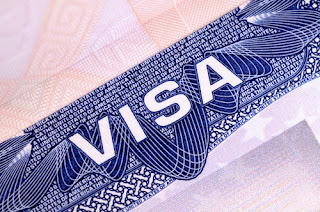 {2:48 minutes to read} H-1B season is upon us. H-1Bs are visas for professional workers. They are used primarily for high-tech companies bringing in computer programmers, engineers, etc.
The start date for the new visas is October 1st, the beginning of the government's fiscal year. You can apply for the visas six months before the start date, which is April 1st.
The limit on H-1B visas is 65,000 for people with bachelor's degrees, plus 20,000 for people with master's degrees. This limit is exhausted every year. Last year there were about 240,000 applications filed on April 1st for the 85,000 visas.
So this means applications have to be prepared, ready to go, and sent overnight mail on March 31st so they arrive on April 1st. In all likelihood, there will be a quarter of a million visa applications received on April 1st. This creates an intense scramble in the month of March to prepare these applications and have them ready on the very first day because if you send them late, you will get frozen out.
H-1B visas are a little controversial because the employer does not need to test the job market in order to hire someone on an H-1B visa. If the employer, for whatever reason, prefers a foreign worker over a US worker, he has the right to do that. The employer has to pay the foreign worker at least the prevailing wage—the wage he would otherwise be paying a US worker—or higher, so it's not a question of wages per se. It is, however, sometimes a question of preferring foreign employees whom the employer believes are more talented than competing US workers.
For the employers point of view, these high-tech companies argue that they need to be able to hire the best and brightest throughout the world without regard to whether they're Americans, etc. Because of this controversy, the Trump administration has been talking about changing the H-1B visas.
All the more reason why there is going to be an intense competition this year, to get those few visas, before Congress has a chance to change the law.