What Constitutes “Extreme Vetting” for Visas? 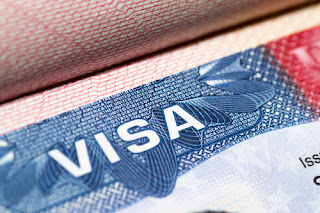 {3:36 minutes to read} As part of his executive order on immigration, President Trump announced extreme vetting for visas. As usual, the announcement made very little sense, because there was no explanation in terms of what he means by “extreme vetting” and what he's trying to do.


The announcement promised new security checks for virtually everybody coming into the United States, including tourists, students, business travelers, and relatives of American citizens; virtually everyone who is not a permanent resident.


The point is that the visa waiver program countries include most of Europe and Australia, and other countries like Japan and South Korea. Everybody else in the world, which includes virtually every country in central South America, Asia, and Africa, who need visas are going to go through extreme vetting.


But what does that mean and how much longer is this going to take? There are people who have vacation plans. Universities throughout the country have students from China, India and central South America. What about business people? Companies bringing in their employees? We're talking million and millions and millions of dollars. It turns the whole world on its head.


The President issues edicts without explaining what it is he's talking about and apparently without any idea or thought to the ramifications of what he's proposing. All he does is scare the heck out of everybody. He has no concept of the world as it exists in terms of immigration, none at all or at least he pretends not to. There are terms of art; extreme vetting is not a term of art, it's a term he made up.


The general public has no understanding of the current visa process and the layers and layers of security screening that go into the issuance of a visa for anyone coming to the United States. These have been in place since shortly after 9/11. Anything and everything that is technologically permissible and available is in place now in order to screen people coming to the United States.
I don't know how much more extreme you could be other than anything and everything. I mean what exactly is extreme?
Mitchell C. Zwaik
Zwaik, Gilbert & Associates, P.C.
5014 Express Drive South
Ronkonkoma, NY  11779
www.zwaik.com

Posted by Mitchell Zwaik at 8:54 AM