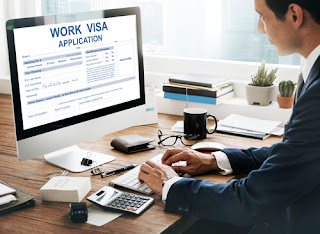 {2:12 minutes to read} The budget reconciliation bill that was recently passed through Congress has an important immigration provision in it, which allows for significantly increased H-2B visas for this fiscal year.
An H-2B is a visa that allows people to enter the United States legally in order to perform work for seasonal businesses. A perfect example in Long Island is people who work in the restaurants, hotels, motels, pool companies, coffee shops, et cetera on the Eastern End and South Shore of Long Island during the holiday/summer season.
Employers depend on these workers. They can't run their businesses without these people. There are not a whole lot of Americans who are desperately searching for a job digging swimming pools in the summertime. These are jobs which go begging. We have an employer who has a 7-Eleven on Long Island, and he can't get workers. His business triples in the summertime. Without these workers, he can't keep his business open.
Congress usually limits the number of H-2B visas significantly, and the number has already been capped and brought out. The new fiscal legislation, which just passed, significantly increases the number of H-2B visas which are available.
What the bill actually does is allow the Secretary of the Department of Homeland Security to authorize these additional visas, which hopefully he will do within the next few days. That should allow for about 69,000 additional workers.


This is an important piece of legislation, which nobody is going to notice because all of the conversation surrounding the fact that the government did not shut down. That may be all anybody is talking about, but it is important to know about the H-2B provision contained in that legislation.