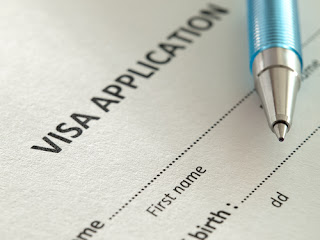 {2:42 minutes to read} The H-1B program provides temporary work visas for professionals, largely in the computer programming field. IT professionals are the largest number of H-1B visas, but all professionals are covered by the H-1B, meaning people who have a bachelor’s degree or better; engineers, architects, et cetera. There are 85,000 visas allotted to the H-1B category, divided into two distinct groups: 65,000 for those with bachelor’s degrees and 20,000 for those with master’s degrees.


Every year there is a mad dash to file these applications on April 1st. The reason for that is the law allows us to file six months in advance of the beginning of the government’s fiscal year, which is October 1st. We are actually filing applications in April for employees to start work in October. We do that because, for the last five or six years at least, the government has been running out of H-1B visas, meaning more than 85,000 applications come in for these positions.
For the first five days of April, the government received 199,000 visa applications, which is actually somewhat less than last year when they received a little over 240,000. As a result, the government sets up a “visa lottery” which provides for a barcode to be affixed to each application as it comes in. A computer then randomly picks a certain number of barcodes in order to cover the 85,000 visas.
Despite the heating up of the economy, a significant number of employers are beginning to drop out of the lottery system. The reason for this could simply be because the amount of work that is required in order to file these applications is not worth the time and expense when you have less than a 50% chance of even being selected. It could also be politically motivated as a result of this administration’s concerns about H-1B visas.
The H-1B visa, however, is not without controversy. In part 2, we will look at some of the concerns and abuses of this important visa.