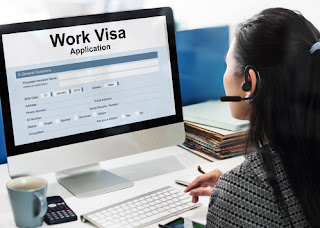 {3:42 minutes to read} In Part 1 of this series, we covered the basics of the H-1B visa and the lottery used to randomly pick the 85,000 “winners.” In Part 2, we look at some of the controversy surrounding the H-1B.
Unfortunately, there are abuses in the system. These abuses generally focus on a relatively small number of companies that file thousands of visa applications in the hope that a certain number of those will be picked. These businesses are generally computer consulting companies who function largely out of India and provide computer programmers for US employers.
An even bigger concern is whether or not these computer programmers, and other H-1B workers, are taking jobs away from US citizens. The H-1B program, unlike green card applications, does not require employers to test the job market to determine if there are qualified US workers to do the jobs. It does, however, require employers to pay the prevailing wage so that they are not undercutting the salaries of US workers. There is nothing in the program that would prevent a US employer from hiring a foreign worker over a US worker, as long as the employer is paying the same wage or the prevailing wage. There are, however, numerous reports about employers who actually pay these foreign workers less than they are supposed to.
Suggestions to correct this problem are numerous and range from discontinuing the program in its entirety to requiring employers to test the job market, to imposing substantial penalties, possibly even criminal penalties for employers who replace US workers with foreign workers at lower wages.
From a different point of view, there are a lot of high technology employers, particularly in Silicon Valley, who say, correctly, that this generation of computers and the entire IT industry was largely built in this country by foreign workers. A generation ago, US kids had no intention of going into computer programming when they graduated from universities. They felt that sitting over a computer and typing code all day long was not the way they wanted to spend their lives. It wasn't as “sexy” as being a Wall Street tycoon and selling mortgages. Microsoft, Computer Associates, and then Nextel all relied on foreign workers in order to create the IT industry, which in turn, has created tens of thousands of jobs for US workers.
Ultimately the question is, do we still need H-1Bs in Silicon Valley in particular? The answer is yes, of course we do, because India and China are still producing some of the most qualified people in the world. But there is a pushback that says, "Now the US market has caught up and we don't need these workers any longer." That's the push and pull of the H-1B.
In April, President Trump signed an executive order which in effect requires the administration to begin assessing the possible abuses of the H-1B visas and look for ways to correct the system.