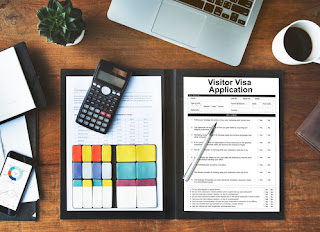 {2:54 minutes to read} The administration finally issued its regulations regarding the process for allocating additional H-2B visas during the late summer and early fall. H-2B visas are visas for seasonal or peak workers in the New York metropolitan area. They're most commonly used on Long Island and the East End for hotels or pool companies, for example, that do all or most of their business during the summer months. These workers come up, usually from the Caribbean or Central South America, work for up to 10 months, and then go back once the season is over. It's a win-win. The employers fill a need during the busy season and the workers are legal, paying taxes, and return home when the season is over.
The problem is, Congress has only allocated 66,000 visas, and most years 100,000 or more applications flood in. This year, in particular, a lot of companies were frozen out, but Congress allocated additional H-2B visas and now, finally, procedures have been issued that provide for these additional visas.
The process, however, is very cumbersome, requiring a new round of recruitment, which means additional newspaper advertisements in order to determine whether US workers are available. It also requires submission of an attestation that says that the employer's business will suffer "irreparable harm" if they can't hire these additional H-2B workers.
The total additional H-2B allocation is 15,000, which will certainly help those businesses that rely on these workers. But as a practical matter, by the time these applications can be submitted, approved and sent to the consulate, employers will be lucky to get workers started in mid to late September and on into the next fiscal year. They are not going to benefit very many people, including companies on the East End of Long Island where the season will be over before the additional workers arrive.
Once again, we have another example of an administration that continues to drag its feet and erect roadblocks even to legal immigration. These are visas, by the way, which the President himself continues to use in order to help run his businesses.