DACA and the Sacrificial Lambs 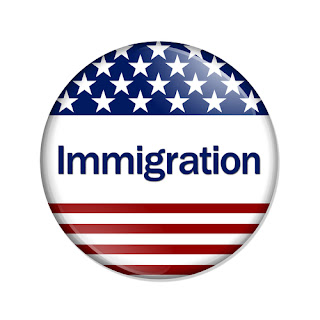 {1:30 minutes to read} The reported discussions between President Trump and the Democratic leadership to extend protection for Deferred Action for Childhood Arrivals (DACA) recipients was welcome news but hardly cause for celebration. As always, the devil is in the details.
Most importantly, it leaves unanswered the issue of the other 10 million undocumented immigrants. Are they to be sacrificed to obtain status for Dreamers?

In addition, we need to understand exactly what status the Dreamers will receive under the proposed legislation. Mr. Trump has repeatedly said that Dreamers should not get “amnesty” or a “path to citizenship.” What then will they receive?
Finally, what happens to the parents and spouses of Dreamers? Are they to be sacrificed as well?
Optimism is nice, but details are critical.
Mitchell C. Zwaik Zwaik, Gilbert & Associates, P.C. 5014 Express Drive South Ronkonkoma, NY 11779 www.zwaik.com
Posted by Mitchell Zwaik at 10:35 AM No comments:

The Demise of DAPA Wasn’t Enough? 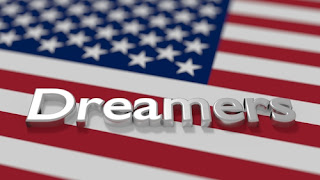 {1:54 minutes to read} The decision by the Trump administration to end the Deferred Action for Childhood Arrivals (DACA) is a nasty, mean-spirited act that does nothing to:
And the fact that the Attorney General mentioned in his announcement that these Dreamers were taking jobs away from US workers was the vilest lie of all.
So, let's be clear. That's what it is. A lie. It’s not a difference of opinion or a mistaken interpretation. It’s a lie by people who want to curtail immigration for racial and social reasons.
So, let's at least put an end to that lie.
People with DACA, Take Immediate Action!
Perhaps more importantly, people with DACA need to take immediate action. If their DACA will expire on or before March 5, 2018, they only have until October 5 of this year to file to extend DACA. Filing for your extension in December, January or February will be too late.
Contact an Immigration Attorney
Finally, if you have DACA or TPS, you need to speak with an immigration attorney immediately to know your rights before these programs expire and you lose these rights forever.