How Can Illegal Immigrants Become Legal? 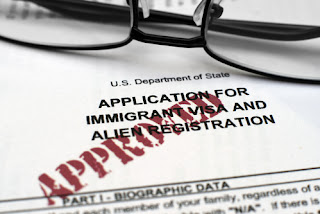 {4:54 minutes to read} President Trump and many others in this country have been upset about the number of undocumented immigrants in the United States and the fact that few of them are obtaining permanent residency through the normal processing mechanisms. Although their grievance is understandable, it is also necessary to understand that the present system makes it impossible for most undocumented immigrants to “get legal.” It's because the current legal structure prevents them from becoming permanent residents.
When President Trump says they should leave the United States and come back in legally with everybody else, he fails to mention the fact that the law makes that all but impossible. As I mentioned in my last blog, the reason is that most immigrants who have been illegally in the United States for more than a year and need to leave the United States in order to obtain a green card cannot come back for up to 10 years.
We have many clients who find themselves caught in this no-win situation. A young mother came into the United States when she was a teenager, has been here for more than 10 years, is married to an American citizen, and has 3 US citizen children ranging in age from 12 to 18. At this point, her husband has left her and she is working to support her family.
Her child who is 18 could make an application to obtain permanent residency for his mother when he turns 21, but unfortunately, mom is going to have to leave the United States and will not be able to return for up to 10 years. In her situation, she can't leave her children behind for 10 years. It's just virtually impossible.
There is a waiver program that allows for a forgiveness of this 10-year bar, but that waiver program is only available if the immigrant has a “qualifying relative,” which the law defines as a parent or spouse who is a permanent resident or US citizen. The mom, in my example, must show that the qualifying relative would suffer extreme hardship if the mom cannot avoid the 10-year bar. Because she does not have parents or a spouse who is a citizen or is a permanent resident who can serve as the basis for this waiver, it's virtually impossible for her to ever get a green card. She's going to stay in this country illegally forever unless the law changes.
In this country, there are millions of people in her situation who were brought into this country as minors without having any input of what was happening to them. Under President Obama, many of these young people qualified for Deferred Action for Childhood Arrivals (DACA), but this young lady was over the age of 30 when the program was put into effect.
Prior to 1996, this young woman would have simply gone home, gotten her permanent residency approved and returned in short order. At that time, there were about 2-1/2 million undocumented immigrants in the United States. The 10-year bar was designed to be so draconian that nobody would come into the United States or stay illegally. Instead, what's happened is the law of unintended consequences. People still come in illegally, but now they never leave. The 2-1/2 million has grown to 11 or 12 million. In trying to be so tough and draconian, they have made the situation 10 times worse.


The bars will require an act of Congress to be changed. All we're suggesting is that they eliminate these 3 or 10-year bars so that illegal immigrants like this young lady can go home, get her green card, and reenter the United States legally. She's paid her taxes. She has no criminal record. There should be some way in which she can get legal status, but under the current law, that's simply impossible.