Refugees: Between Zero and One 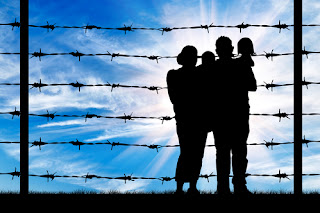 {1:42 minutes to read} The opening paragraph of a recent front-page New York Times profile of Chief of Staff John Kelly tells you most of what you need to know about the Trump Administration’s position on refugee admissions:
“This past summer, the Trump administration debated lowering the annual cap on refugees admitted to the United States. Should it stay at 110,000, be cut to 50,000 or fall somewhere in between? John F. Kelly offered his opinion. If it were up to him, he said, the number would be between zero and one.”
The Statute of Liberty wept.
The US immigration laws define a refugee as an individual unwilling to return to their home country due to a “well-founded fear of persecution on account of race, religion, nationality, membership in a particular social group or political opinion.” The law gives the president the power to “set numbers.”
A “refugee” is distinguished from an “asylee.” Although the law applies the same persecution standard to both terms, they are not the same. An asylee is an individual applying within the United States while a refugee is an individual applying from abroad.
Although international treaties commit the United States to providing a haven for those whose life or freedom would be threatened in their country of origin, it does not commit the US to accept any specific number of refugees.
Mitchell C. Zwaik