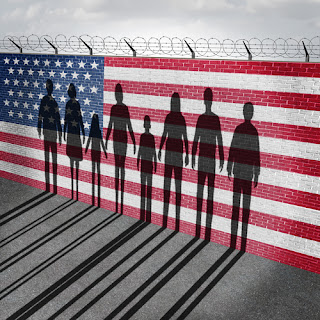 {1:30 minutes to read} The latest immigration proposal out of the White House will not become law in the current Congress but it does highlight the importance of immediately filing family-based immigration applications.

The Trump proposal offers some important hints into the future of US immigration law. There is broad support for granting permanent immigration status of some type for DREAMERS/DACA beneficiaries. Whether this takes the form of a pathway to citizenship remains to be seen.

There also seems to be growing support for some reduction in family-based immigration which the anti-immigration wing refers to as “chain immigration.” These family unity provisions have been a part of our law for generations and allow citizens, and in some cases, permanent residents, to sponsor spouses, children, parents, and siblings for green cards.

There has been a growing chorus of voices across the political spectrum to end sibling sponsorship for years, but the Trump proposal would also end the right of adult US citizens to sponsor their parents.

Interestingly enough, even the Trump proposal would allow already filed applications to go forward. Knowledgeable immigrants should pay heed and file their family-based petitions as soon as possible.